I am absolutely stoked to present this as one of the best video production efforts we’ve had the pleasure to accomplish over the past year. Mantamesh About Us is the result of a lot of work, and with this blog post I’d like to talk to you about the journey of making this video from start to finish.

When Mantamesh reached out to us, they did so with a clear vision: making an ABOUT US video that would show the TEAM as a high performance machine, similar to how a Formula 1 team is performing on race day.

For this reason, it was helpful to look at this reference video below, even before starting any conversation and discussion around video production.

In the above video, the key takeaways that we used for the Mantamesh video were:

Starting from this broad concept with the help of a reference video was extremely useful to set the tone for the entire production journey.

From there, the team at Mantamesh developed the script, while we started working on a storyboard.

Once the script was finalised (and the script was mainly developed by Mantamesh, with only a few minor tweaks from us), it was time to develop a storyboard and some tests.

We wanted the video to be cinematic and with a precise structure, similar to the structure of the Redbull video above. For videos of this type, one of the most important elements is the music: the music will set the tone, and from there we could work around the timings, the momentums and all the rest.

We then decided to send the client a selection of music tracks that we thought were working well for the video, and having chosen the music tracks as first thing, we decided to go ahead and produce an audio piece of a voice over music, with the Mantamesh script read over the selected music.

The result was an audio version of the final video (albeit slightly different because eventually we decided to change the first of the 2 music tracks). This approach worked very well, and I still believe it was the right way to tackle this production, so we could hear how the video will be, even before having any footage recorded, and design the filming around this “skeleton”.

After this, we worked on getting a storyboard up and running. We did this by building on the pre-production audio shared above. We needed to design what kind of imagery we wanted to put in the video at different times, so we could get a visual representation of how the video will be, even before filming.

I decided that the best way to do this was by finding stock footage that would match the visuals that I was imagining for every scene. It was a bit of work, but it eventually paid off, because it allowed us to enter the pre-production phase with a clearer understanding of what we needed to film on location.

The pre-production is where we look at the storyboard and the video test, and plan every single shot that we want to film.

This phase involved our producer sitting at the desk for a few hours listening and looking at the pre-production video test above, while trying to imagine the scenes that will actually form the video of Mantamesh staff in their work environment. This is probably the most creative part of the whole video production, where the producer/writer literally writes the video as he/she’s imagining it.

You can see an extract of the spreadsheet used for this process here below.

Then for every shot, we need to understand how to film it, and what’s needed both from our side (the videography) and the client side (the setup, the people involved). This is where the producer is filling the blanks and leaving notes on equipment/setups/technical requirements, and re-arranging the shots order to match production needs.

Also, for this particular project, filming happened in Australia and Germany, so for every shot we assigned a location, and we managed the German side of things from a distance by giving the German videographer guidance and tech requirements.

After all of the above was done, we could enter the production phase with great confidence. We knew what we needed to shoot, how long it would take, and how each scene should look like.

Filming in Australia was done over 2 days, while in Germany over one day.

Videographer, producer and Mantamesh team were all on the same page (the above shot list) and knew at every time of the day what the setup was and who were the actors, so it was really easy (tiring, but easy…) to get it done.

For most of the action shots, we used a GoPro, which was attached to different things and placed in places where we’d normally couldn’t fit or hold a camera.

The video/audio recording of Mantamesh’s spokesperson was a little more challenging than originally anticipated. I wanted him to be filmed in the production plant, because that was the best location with the nicest background available, but the production plant has an issue: it’s noisy. In fact, after recording the spokesperson and properly mic him, still the resulting audio quality was not up to my standards. At the beginning of the video the music is pretty quiet and when I was editing the first draft, I immediately realised that there was a problem with audio. It didn’t sound as crisp as I had wished for.

The solution? Re-recording the audio in a more sound-proof environment and then lip sync it to the video. This was done in a couple hours of additional work and it worked marvellously. We used a podcast dynamic mic for a clear, close-up sound definition, and lip syncing was only needed for just a few of the video clips. A little editing work to adjust here and there, and the result was really outstanding. In my opinion, the video sounds great.

After recording at both locations (Australia and Germany), video editing took a few weeks and we presented the client with a first draft that was very close to the final video you see up top in this blog post.

During the edit, we mostly followed the pre-production video test, but obviously, as you’re creating it, things change and evolve in a way. The edit is where the cake is baked, and it’s a combination of visuals, audio, momentum, tension and release etc…

Lots of time was spent on the centrepiece of the edit (the action part, when the music changes), where lots of footage was needed and lots of effects and time warping where added to make this part look energetic, but not too chaotic. The idea was to show the process of creating the Mantamesh product, but with a focus on the Mantamesh staff, not the product. After all, this is an ABOUT US video, not a WHAT WE DO video.

Color grading was fun. I wanted a cool look to match the product (mesh panels), but also because the team is shown as being extremely COOL, in many senses. Yes, it’s cool people, but they are also stone cold executioners of their jobs (THEY GET IT DONE), and they take their position seriously. A blue palette worked well in this sense, and again, it just looks right.

Audio design was also FUN!! We recorded some of the effects on site, during production, but a ton of sound effects were added in post from an audio sound library. I’m really meticulous when it comes to audio, I think for this video we spent an entire day adding effects and adjusting levels.

This was one of the best video productions we’ve had the pleasure to work on, and we learned a lot from it too. The pre-production and testing phase was absolutely crucial for the development of the concept, and it really helped make the production phase smooth and easy.

We appreciated that the client had a clear vision upfront. The clear vision doesn’t have to be filled with detail, but it has to be clear enough to guide you through the whole process, so every single decision we take has purpose.

We also loved that the video already had a name, even before starting any of the activities above. At every stage, we knew we were making an ABOUT US video, this steered us in the right direction along the way. 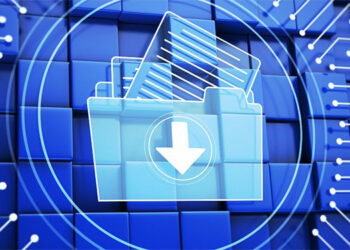 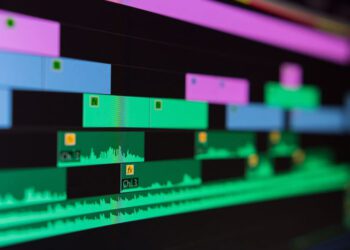 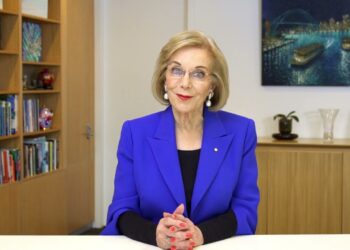 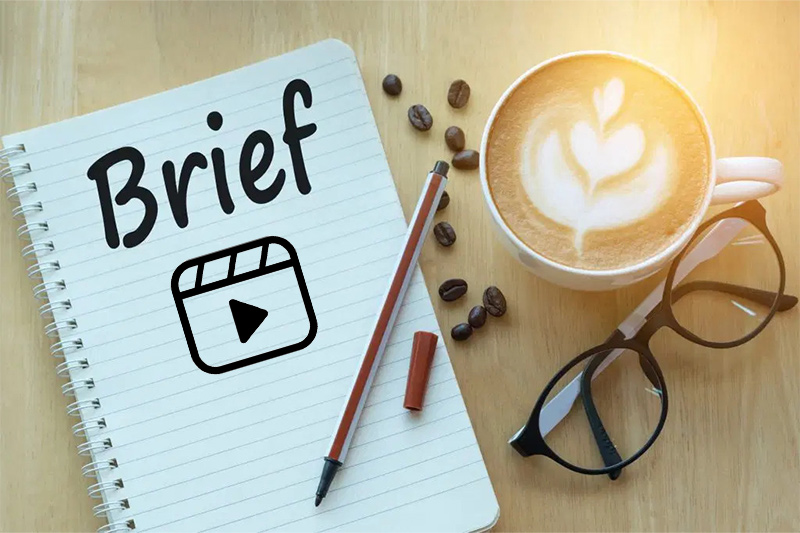 How to Prepare a Video Production Brief (with Templates) 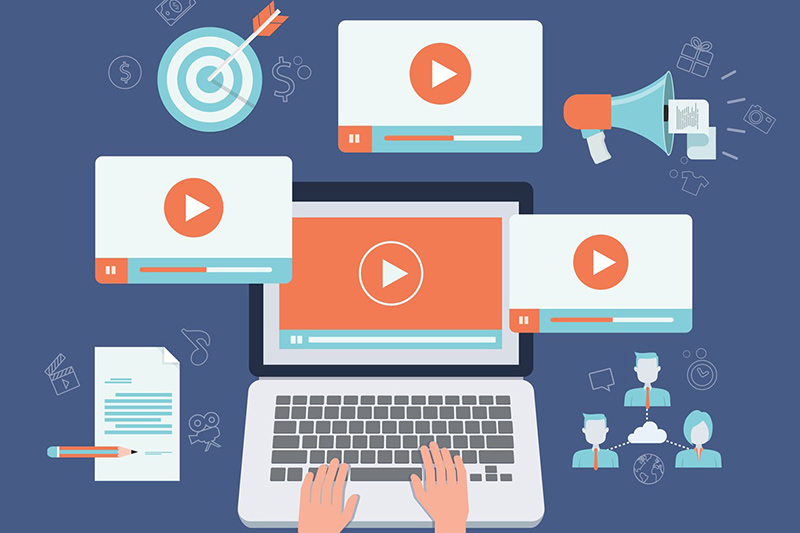 Video Content Marketing: Why You Need It and How to Get It Done 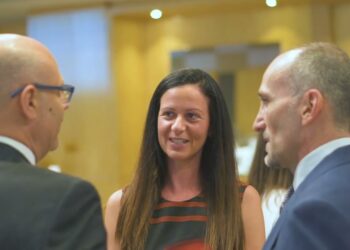 Italian Cuisine Week in the World 2020 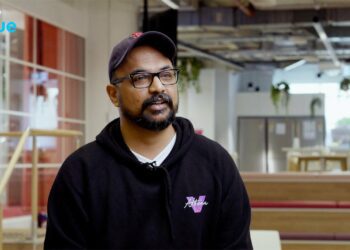 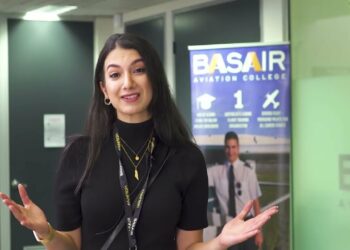